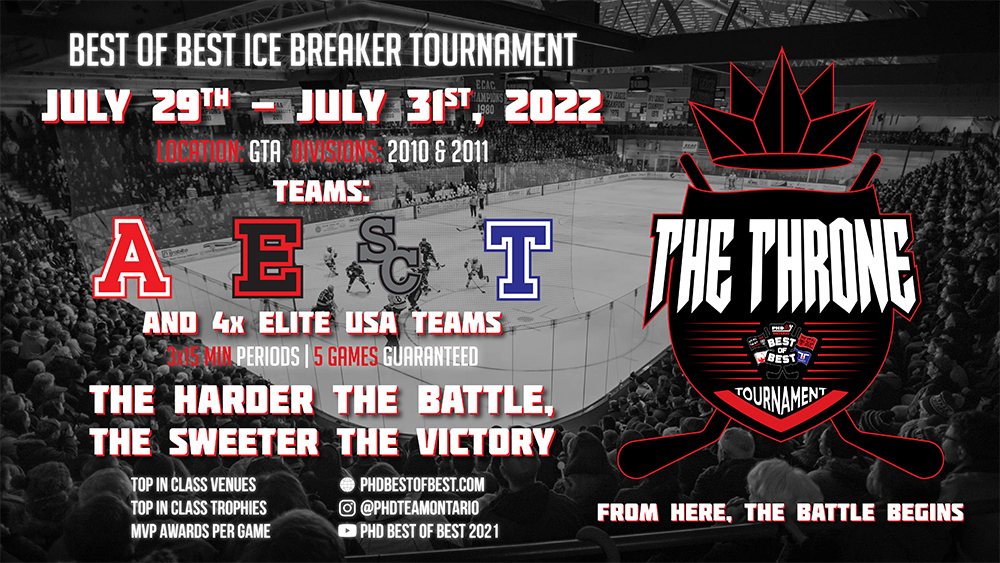 THE THRONE will showcase our four BEST OF BEST SERIES teams and four ELITE out-of-province teams.  This tournament is designed to prepare TEAM EAST / TEAM TORONTO / TEAM SOUTH CENTRAL & TEAM ALLIANCE  for their series that begins in August each and every year. In 2022 the tournament will have a 2010 and 2011 division ONLY which will showcase the BEST players in Ontario

• This is a 3 day Tournament (Friday to Sunday)

• Games will start as early as 8am on the Friday

• Championship games will be held at 4pm on the Sunday

• All teams are guaranteed 5 games

• Quarterfinals | Semifinals | Championship Games will all be played on the Sunday

• All games will have a 5 min warm up

• Music will be played during all stoppages

• MVP awards will be announced after each game by the organizer

Check Out All the 2022 Team Standings, Player Stats, Schedules.

Don't Miss All the Action!